At times, we cross paths with an uncommon friend whose legacy shines just as bright, if not brighter, than those of our veterans. Victoria McGrath was such a person, working hard to support veterans in transition as a key FourBlock career coach in Boston.

Victoria was severely injured in the Boston Marathon Bombing. Due to the care that she received from first responders, several of whom were veterans, she was inspired to give back to the veteran community as part of her rehabilitation. Victoria volunteered as a FourBlock career coach for several of our Career Readiness Program cohorts in Boston, attending the weekly classes and working with veterans individually to ensure each of them were successful in beginning meaningful new careers.

In 2016, Victoria passed away, leaving behind a legacy of determination, kindness, and empathy. In a society that abundantly supports our troops but often lacks true understanding, Victoria’s voice was one that contained rare empathy, which comforted and motivated many.

The Victoria McGrath Foundation was created in 2018 by the McGrath family to honor Victoria’s memory and her commitment to bringing hope and care to vulnerable and underserved people.

In her memory and to ensure her works continues, we established the Victoria McGrath Service Award in partnership with Victoria’s family. It is awarded each year at our annual reception 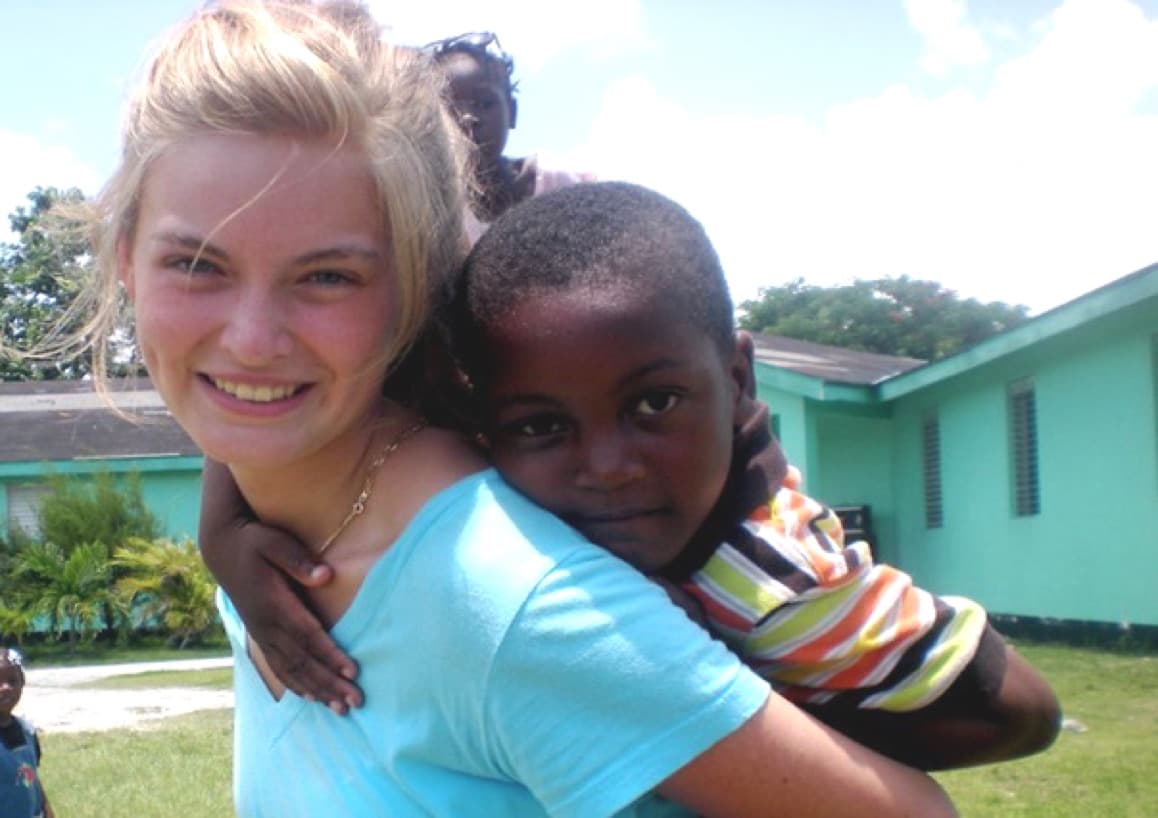 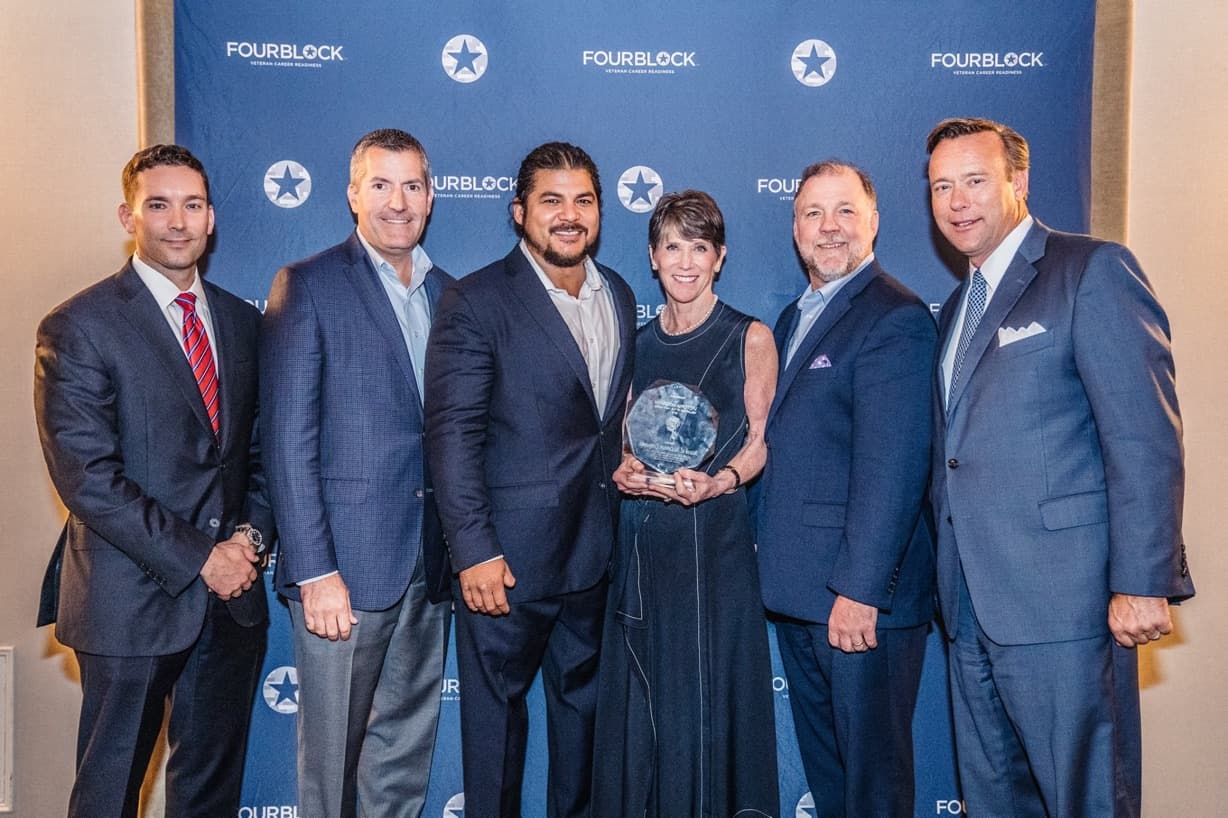 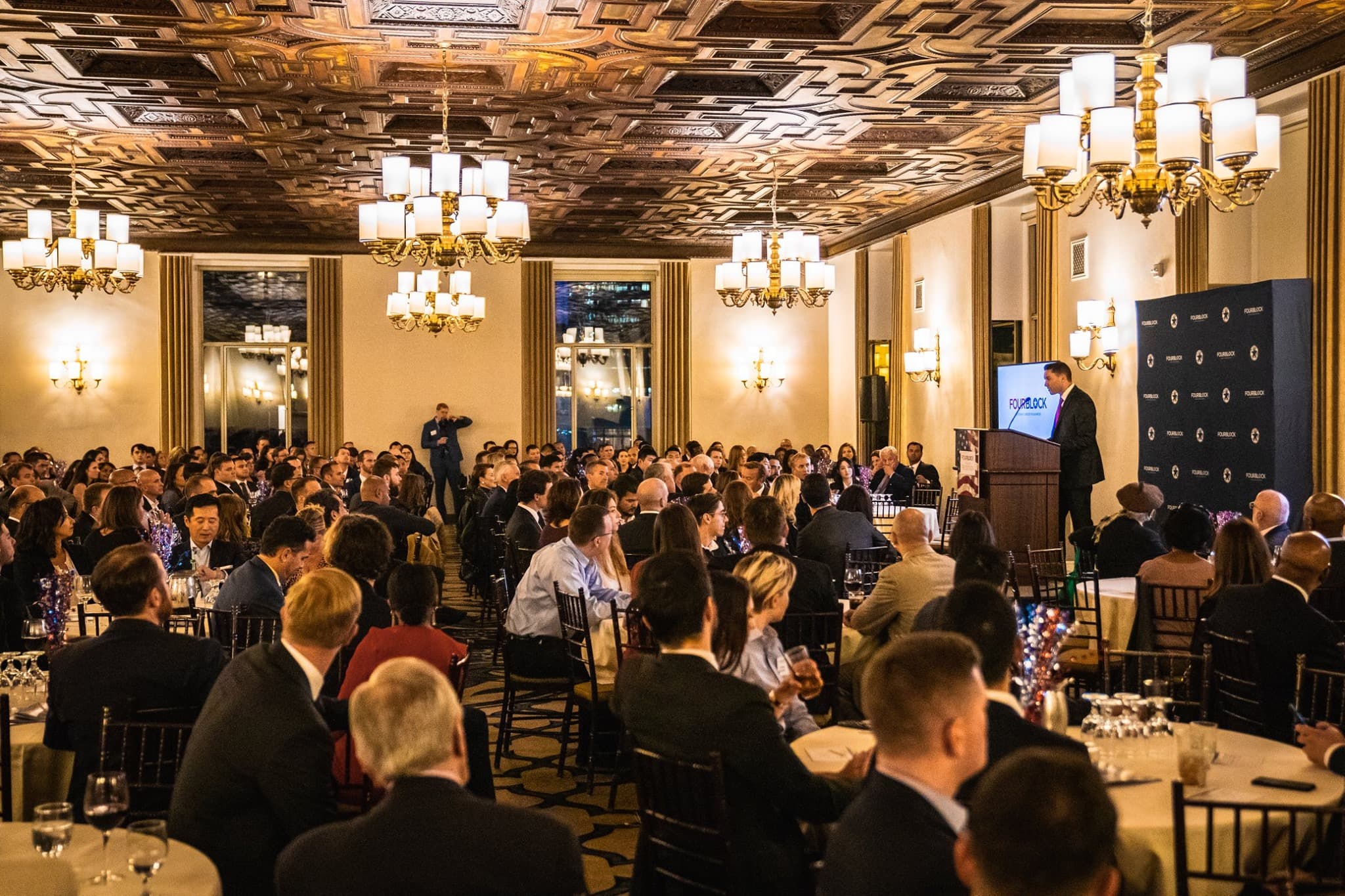 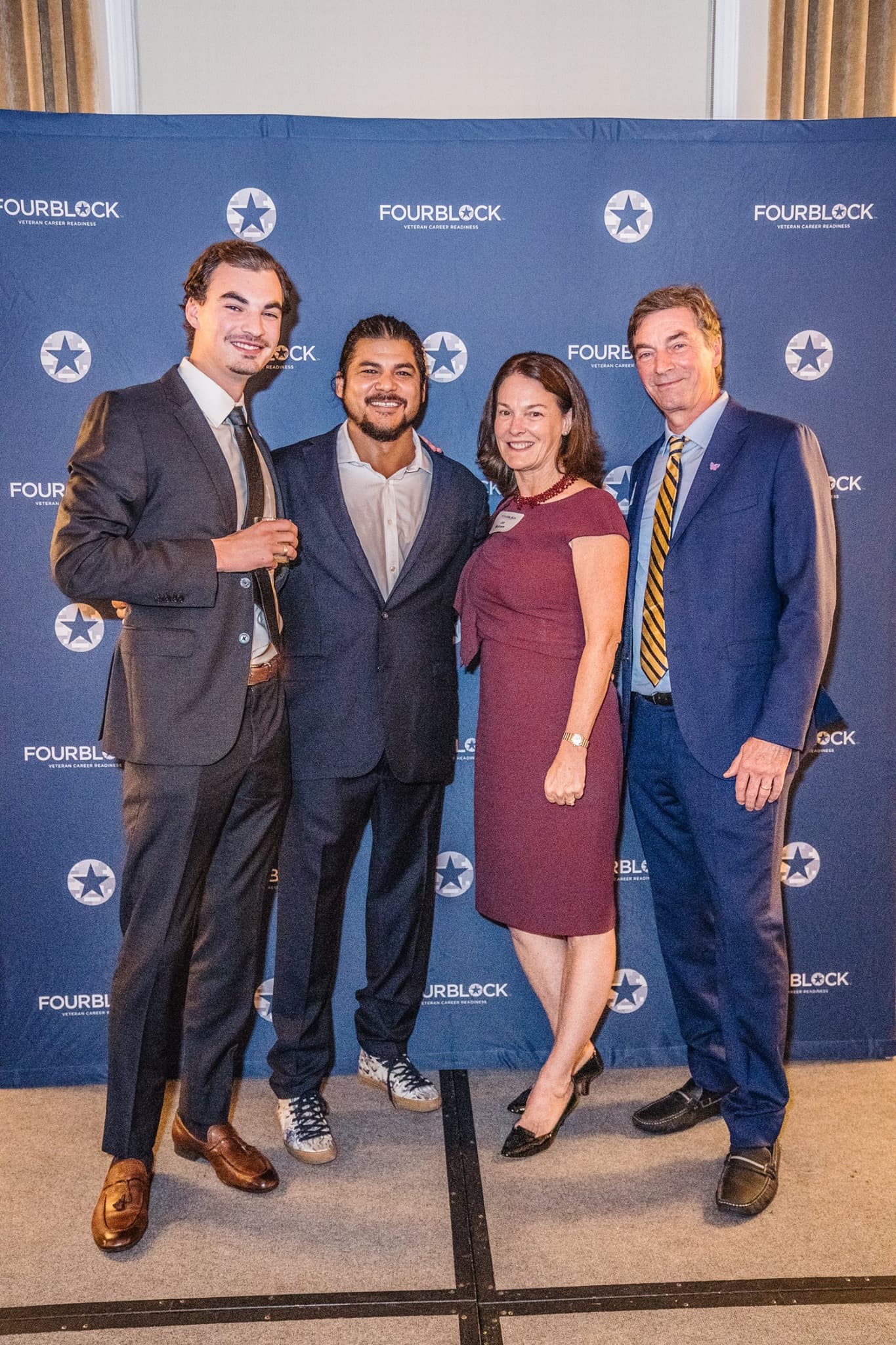 In 2019, we were pleased to honor Marsh McLennan with the Victoria McGrath Service Award for their unwavering commitment to serving veterans in transition. Marsh McLennan has been a tremendous supporter of FourBlock for nearly a decade.

When we first implemented the Career Readiness Program for student veterans, it was Dan Baulig (Senior Vice President at Marsh, and former Marine) and Donna Mastroianni (now with AIG) who went above and beyond to volunteer their time to host classes at Marsh and secured classroom space so that student veterans could learn professional development skills and build relationships to help them transition into meaningful careers. Marsh McLennan has also hired over fourteen FourBlock graduates into full-time roles and internship opportunities, and has expanded their involvement to creating and hosting the annual Inspire Games fundraiser in support of Gunnery Sergeant Ralph DeQuebec and FourBlock’s veteran career readiness programming.

On Thursday, October 21st, we were honored to announce Damien Bertolo as the recipient of the 2021 Victoria McGrath Service Award for his continued commitment and dedication to supporting veterans in making successful career transitions.

During his time on the FourBlock team from 2015-2018, Damien served as our New York City Program Director, Operations Director, and a Career Readiness Instructor, playing an integral role in the growth of the organization and supporting veterans in transition at both the local and national level. After moving on in 2018 to begin an incredible career with Accenture, Damien has continued to support FourBlock’s mission, hosting FourBlock class sessions for participating veterans in our Career Readiness Programs across the country and helping to foster meaningful relationships between our participating veterans and Accenture employees.

Damien also serves as an active member of FourBlock’s National Leadership Council, joining a national coalition of FourBlock alumni, ambassadors, and community leaders who provide strategic insight and advice to FourBlock’s leadership and Board of Directors so that we can continue to serve more transitioning veterans and military spouses in the years to come.